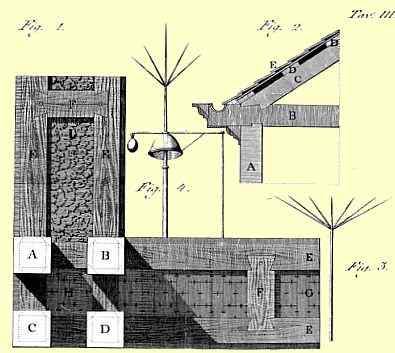 The Earthquake of 1783 and the Rebuilding of Calabria


An early example of earthquake-resistant construction and
modern urban planning


The massive earthquake in Lisbon in 1755 produced a striking piece of anonymous verse:


With her last earthquake this round world shall rise,
The sun shall lose his fires in endless night,
And the moon turned to blood, glare horrid light,
When comets dire shall sweep athwart the sky,
And stars like leaves before the tempest fly.


That horrible event brought comments from Voltaire, Rousseau, and even Kant, who opined that people should stop blaming such things on a wrathful god and worry more about putting up houses that can withstand earthquakes. (A wise man, old Manny.) And so, after all was said and done, the Lisbon quake, indeed, produced a new kind of construction, gaiola pombalina (Pombaline cage, named for the Marquês de Pombal, instrumental in rebuilding Lisbon) —that is, masonry reinforced with an internal wooden cage.

Lisbon was a major historic capital and one of the most beautiful cities in Europe; thus, news of the earthquake spread fast (for those days!) and was the focus of attention throughout the Continent. On the other hand, the calamitous earthquakes that struck Calabria in the southern region of the Kingdom of Naples in 1783 were in an area so remote that news of the disaster took nine days to reach the royal palace in the capital city, Naples, a few hundred miles to the north.

The first of five major quakes struck on February 5, 1783, but later research revealed that the entire region had been hit by a series of quakes lasting through 1787. All in all, 949 major and minor quakes hit Calabria. Around 200 cities and towns were destroyed. The estimated number of deaths ranges from 32,000 to 50,000. The very landscape of Calabria was changed as new valleys and lakes were created. Pietro Colleta, a prominent Neapolitan historian from the time, wrote in his Storia del Reame di Napoli [History of the Kingdom of Naples], “Nothing remained of the old forms; lands, cities, roads, signs vanished…Many works of nature and man, built over the centuries…were gone in a moment."


Much of the history of the Kingdom of Naples in the 1700s tends to be overwhelmed by later political events leading up to the unification of Italy (1860). Certainly there does not seem to be an awareness even in Calabria today of the major natural catastrophes in the 1780s (in the way, for example, that Portuguese still remember the 1755 event). The Calabrian calamity, as far as I know, produced no dramatic poetry. (The good news is that it certainly produced no Neapolitan counterpart of the earlier Lisbon episodes of people being burned at the stake to appease the Lord! (*note) The Calabrian disaster did, however, produce some things that are noteworthy in the history of science, engineering and urban planning. The Bourbon government sent out a research team from the Neapolitan Academy of Science and Letters and quickly published a remarkable work, Istoria de' fenomeni del tremoto avvenuto nelle Calabrie e nel Valdemone nell'anno 1783 [Account of the Effects of the Earthquake in Calabria in 1783] (see this link). The catastrophes thus led to innovation in architecture and construction. Tobriner (sources, below) writes:

Much of the original work was written up by the royal physician, Giovanni Vivenzio, in Istoria de' Tremuoti (1783). The work contains a diagram of the anti-seismic casa baraccata system of construction (top photo), detailing how it is different from the gaiola system used in Portugal 30 years earlier. (From Tobriner 2, sources, below):

The system works upon the basic principle that the masonry structure is tied together by an internal wooden framework. But whereas the lateral resistance of the gaiola is in the internal walls, the lateral resistance in the casa baraccata is in the external walls...The Bourbon government...introduced a system of construction to minimize future damage and to save lives. The building system, called la casa baraccate, was based on the sophisticated notion that structures must respond to seismic disturbances as units. The system was based on an internal framework of wood members embedded in the rubble construction which was common in Calabria. Height limitations, foundations, and special "x" bracing to counter lateral forces were also part of the system that was invented in Calabria and promulgated as the construction code of 1785. It represents one of the earliest concerted responses to earthquake danger and one which was lauded by early 20th-century engineers as a practical means of providing safe construction in earthquake country.

The casa baraccata and the new building code of 1785 that came out of the work of Vivenzio and others represent the first anti-seismic system in Europe prescribed by code for an entire region. Numerous new towns were built to the new 1785 building code, including the town of Filadelfia (to replace the ruined town of Castelmonardo). Filadelfia, in particular, was an attempt to create an ideal community (perhaps somewhat like the earlier social experiment by Charles III to create a perfect rural community at San Leucio in 1750). Filadelfia and other towns were built or rebuilt with the Cassa Sacra, funds appropriated from the Catholic church (note 2). The Bourbon state limited the number of churches that a new town could have (and even forbade church steeples!); the streets were laid out symmetrically and the buildings were uniform.


Seminara, rebuilt according to the new
building code of 1785.

The modern Italian region of Calabria has five provinces as indicated (map, above). Filadelfia is in the smallest province, Vito Valentia. Of the many towns rebuilt or built new after the 1783 earthquakes, a few stand out as having been done to the regulations of the new building code, which specified (according to population) how wide main and secondary streets should be, how tall the buildings could be, etc. etc. Also, some effort was made to save historic structures that had not been totally destroyed by the quakes. These towns are Bianco (RC), Seminara (RC), Mileto (VV), Gallina (RC), Cortale (Cat), Bagnara (RC), and, as noted, Filadelfia (VV). They and others all have things in common: they are all relatively small in population (Calabria was a great exporter of human beings during the Neapolitan diaspora of the late 1800s and early 1900s), and even today there is something modern about these towns from the late 18th century in that there is no medieval clutter, there is a main square, and there are straight streets. All of that is the result of having been part of the first massive effort in European history to build not just single buildings, but entire towns that could withstand the seismic forces of nature and then to re-incorporate an entire region back into a modern nation state.

[Also see this link on Pompeo Schiantarelli, whose engravings documented much of the damage from the earthquakes.]


notes:
1. In Candide (1759), Voltaire wrote, “After the earthquake, which had destroyed three-fourths of the city of Lisbon, the sages of that country could think of no means more effectual to preserve the kingdom from utter ruin than to entertain the people with an auto-da-fé, it having been decided by the University of Coimbra, that the burning of a few people alive by a slow fire, and with great ceremony, is an infallible preventive of earthquakes.”  In fairness, Voltaire's buddy, Rousseau, accused him of being unduly cynical and snide. Cynical? Snide? Who, Voltaire!?(^back)

2. The town of Filadelfia apparently comes to its interesting name from the fact that the bishop of nearby Potenza at the time was Giovanni Andrea Serrao. He was born in Castelmnonardo and was a great promoter of building a new town to replace his birthplace, now destroyed. He also thought it would be a good idea if citizens remembered their Greek origins and lived in a place the name of which would remind them to love each other and all humanity ("phila-delphia"= a compound of philos (φίλος) "loving", and adelphos (ἀδελφός) "brother"). AND—very important—Serrao had been corresponding with a resident of the other City of Brotherly Love, Benjamin Franklin! (^back)